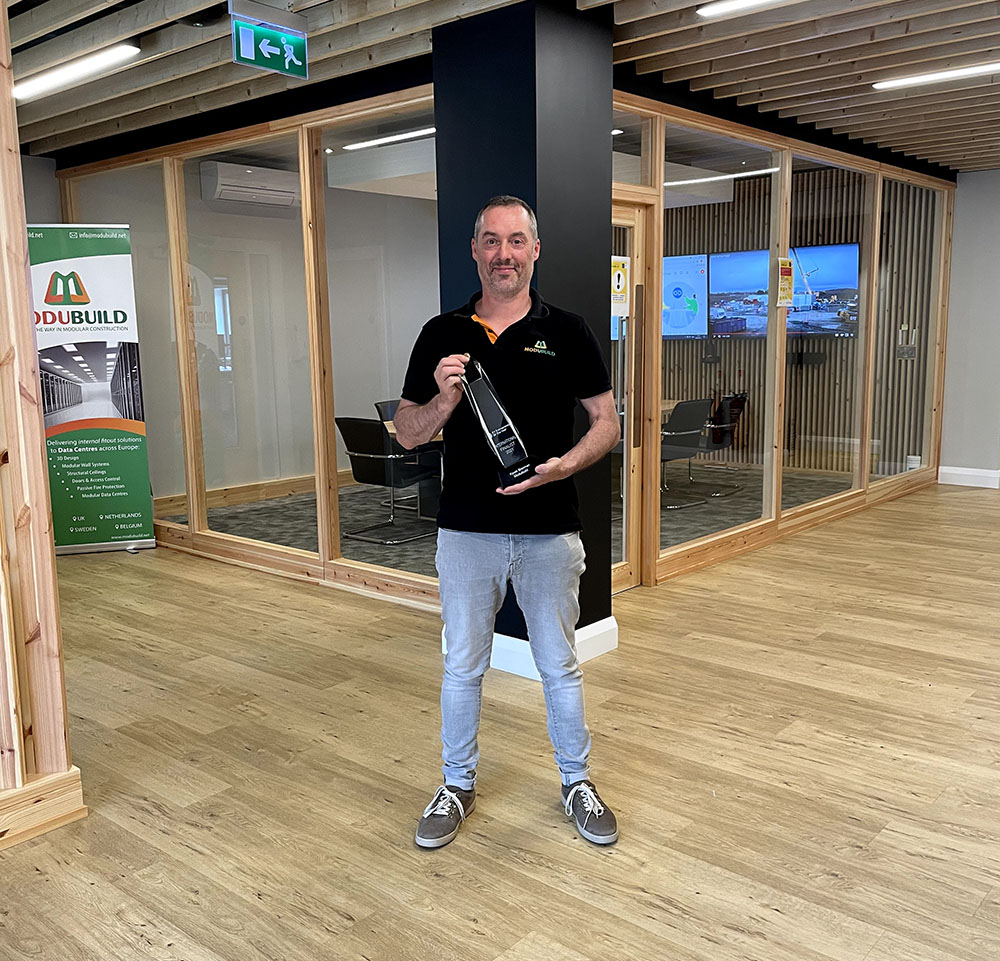 Modubuild has experienced phenomenal growth over recent years having delivered projects for Blue Chip clients in countries such as Netherlands, UK, Germany, Denmark, Sweden & Finland in addition to significant growth in the Irish market. The company also has plans to enter new markets over the coming year. Commenting on the nomination, Modubuild’s Managing Director, Kevin Brennan said: “I’m delighted to have been selected as a finalist in this year’s EY Entrepreneur of the Year Awards. It’s fantastic that an Irish owned & local business has been recognised as a leading international player, operating & competing in multiple markets.”

Modubuild have been leading the way in High Tech Volumetric Modular Construction for a number of years, having made a multi million euro investment in their 140,000 square foot state of the art manufacturing facility in Castlecomer. Modubuild recently delivered a €12 Million Euro Vaccine Laboratory for Chinese Biopharma Company Wuxi in a record breaking duration during the early stages of the Covid 19 Pandemic. The entire 2 story biosafety vaccine laboratory facility was constructed inside Modubuilds factory at the same time that planning permission and site preparations were happening. The building was then shipped to site and reassembled in 9 days. This project was named as the Large Pharma Project of the year for 2020 at the Pharma Industry Awards.

The company which was recently named as Kilkenny’s Employer of the year has been recruiting heavily over the past year. They have recruited over 50 additional people since the covid 19 pandemic kicked off and they currently have over 400 people employed across their operations.